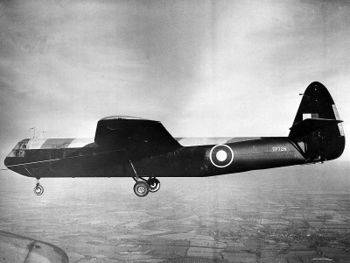 Airspeed AS.51 Horsa I of the British Army Air Corps.

The Airspeed Horsa was a British World War II troop-carrying glider built by Airspeed Limited and subcontractors and used for air assault by British and Allied armed forces. It was named after Horsa, the legendary 5th century conqueror of southern Britain.

This page lists all films that feature a variation of the Airspeed Horsa.