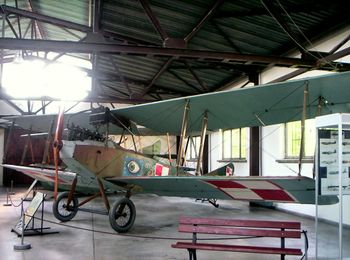 The Albatros B.II was a derivative of the The Albatros B.I. Lack of defensive armament and crew position (pilot behind the observer who was closed to the front engine and wings so having a reduced field of view) led the type to training tasks in 1915, less a year after entering front line service. The type remained in this role until ceasefire and was exported to Germany's allies (Turkey, Bulgaria, and Austro-Hungaria where it was known as Albatros B.I (series 21). Postwar duty in the young Polish Air Force fighting in 1920 the Red Soviet army. Swedish copies (Thulin C and Sk 1 and Ö2 depending the manufacturer and engine feated) were operated until 1935.

This page lists all films that feature a variation of the Albatros B.II.