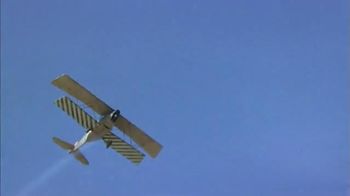 The Ansaldo A.300 was an Italian general-purpose biplane aircraft built by the Ansaldo company (now part of FIAT) of Turin from 1920 to 1929. It also served as a light bomber, transport, fighter and reconnaissance aircraft, and finally as an advanced trainer, with examples in service as late as 1940. 50 examples were also license-built in Poland at ZM E. Plage & T. Laśkiewicz, but were not a success due to poor quality. Early examples were two seaters, but the A.300/3 was a three-seater intended for reconnaissance use, of which around 90 were delivered. The most significant variant was the A.300/4, again mostly three-seaters, which started full production in 1923, just as Ansaldo was absorbed into FIAT. This became the standard multi-role aircraft in the newly formed Regia Aeronautica and served in Italy, Sicily, Sardinia, Corfu, Libya and Eritrea. Two Commercial developments were built in 1921 as A.300C and A.300T.

This page lists all films that feature a variation of the Ansaldo A.300.