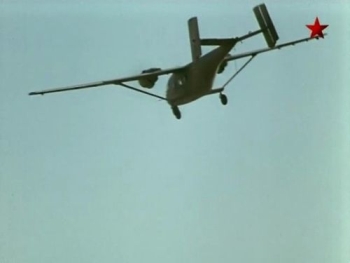 Antonov An-14 seen in Vizhu Tsel!.

The Antonov An-14 was a Soviet utility aircraft which was first flown on 15 March 1958. It was a twin-engined light STOL utility transport intended to replace the Antonov An-2 but its production ceased in 1972 without reaching this goal.

This page lists all films that feature a variation of the Antonov An-14.

Pages in category "Antonov An-14"