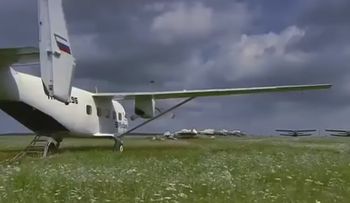 The Antonov An-28 is a utility aircraft which was designed under the Soviet era and made its first flight in 1969 (it was in fact a modified Antonov An-14 airframe). Production of this twin-engined light transport started slowly in 1975 and most of the planes were built in Poland by PZL-Mielec until 1993. This twin tail aircraft could host up to 18 passengers.
Please do not confuse him with its predecessor nor its followers the Antonov An-38 (wider) and the PZL-Mielec M-28 (both with five blade propeller).

This page lists all films that feature a variation of the Antonov An-28.

Pages in category "Antonov An-28"