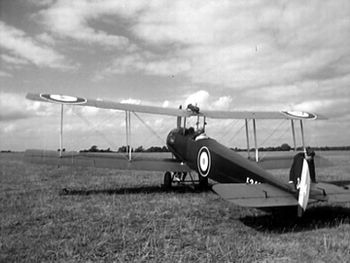 The Avro 504 was a World War I biplane aircraft made by the Avro aircraft company and under licence by others. Production during the War totalled 8,970 and continued for almost 20 years, making it the most-produced aircraft of any kind that served in World War I, in any military capacity, during that conflict. Over 10,000 would be built from 1913 to the time production ended in 1932. It had been in service in many air forces throughout the world.

This page lists all films that feature a variation of the Avro 504.