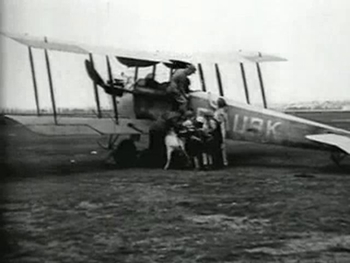 The Avro Avian was a series of British light aircraft designed and built by Avro in the 1920s and '30s. While the various versions of the Avian were sound aircraft, they were comprehensively outsold by the [:Category: De Havilland DH60 Moth|De Havilland DH60 Moth] and its descendants. Production aircraft were designated Type 594 and were built in a number of versions, mainly powered by Cirrus engines. A version with a welded steel tube fuselage was produced in 1929 as the Avro 616 Avian IVM to meet overseas requirements for an easier-to-repair structure. This version was built in the largest numbers, with approximately 190 built.

This page lists all films that feature the Avro Avian.