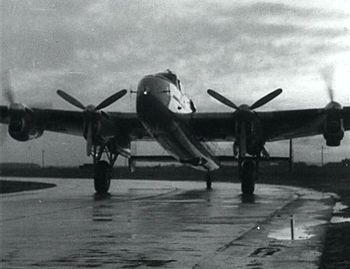 The Avro 691 Lancastrian was a British passenger and mail transport aircraft of the 1940s and 1950s developed from the Avro Lancaster heavy bomber. The Lancaster was named after Lancaster, Lancashire; a Lancastrian is an inhabitant of Lancashire. The Lancastrian was basically a modified Lancaster bomber without armour or armament and with the gun turrets replaced by streamlined metal fairings, including a new nose section. The initial batch was converted directly from Lancasters; later batches were new builds. 91 aircraft have been built.

This page lists all films that feature the Avro Lancastrian.