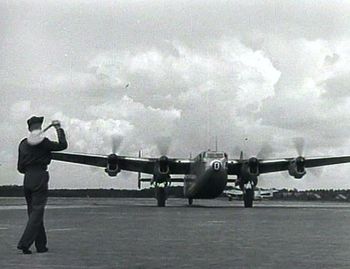 The Avro York was a British transport aircraft that was derived from the Second World War Lancaster heavy bomber, and used in both military and airliner roles between 1943 and 1964. Mostly used by the British RAF, it has also be operated by South African Air Force, Royal Australian Air Force and French Armée de l’Air and Aéronavale. As civilian purpose, the York was operated by several British airlines like B.O.A.C, Dan Air of London, Skyways of London, B.S.A.A and in the Middle East, Africa and South America.

This page lists all films that feature a variation of the Avro York.