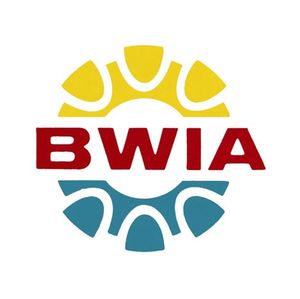 BWIA started operations as British West Indian Airways in 1940 with Lockheed Lodestar airplanes. In 1947, BWIA was taken over by BSAA - British South American Airways, after a few months operating as British International Air Lines the BWIA name was restored in 1948 for operating routes among the Caribbean Islands using Vickers Viking airliners. In 1949, BSAA merged with BOAC and BWIA became a subsidiary of BOAC. Vickers Viscount were introduced in 1955. For BWIA the jet age began in 1964 with the introduction of new Boeing 707 jetliners. BWIA became BWIA International Airways in 1980 after a merger with Trinidad and Tobago Air Services (which had been formed by the government in June 1974), becoming the national airline. BWIA aircraft livery had the 'Trinidad and Tobago Airways' adjacent to the BWIA International after the merger. The same year also saw the Boeing 707 replaced on the London service with long range Lockheed L-1011-500 TriStar wide body jetliners. In 1986, BWIA bought its first McDonnell Douglas MD-83. By 1994, the airline ordered Airbus A321 and Airbus A340 jets. In 1999, BWIA Internantional Airways changed to BWIA West Indies Airways and its livery to a new Caribbean green and blue color scheme with its famous steelpan trademark, the national musical instrument of its home base.