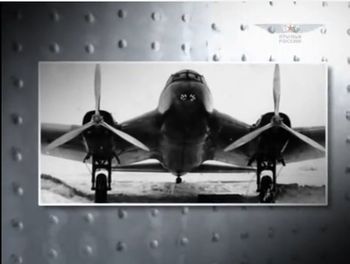 The Bartini Stal-7 was the prototype of a twin-engined transport aircraft with a capacity of 10 or 12 seats. Its inverted gull wing and retractable landing gear (in 1934) gave great hopes of high performance. First trials were promising but the crash on take off at full load (in 1937) led its father, Roberto L. Bartini, to be sent in Gulag camp. Vladimir Yermolaev was then in charge to repair it and to end the tests (in 1939). But with the war in sight, the airframe was developped into a long-range bomber (the Yermolayev Yer-2) and no production of the commercial aircraft was launched.

This page lists all films that feature the Bartini Stal-7.