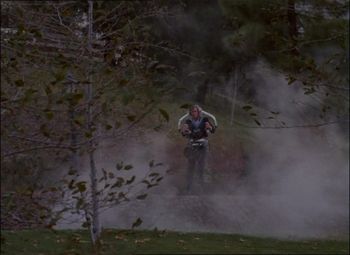 The Bell Rocket Belt is a low-power rocket propulsion device that allows an individual to safely travel or leap over small distances. A further design led in 1994 to a new version of the rocket pack (RB 2000 Rocket Belt) with flight's duration increased from 21 to 30 seconds. This new design was probably never recorded on movie due to a strange story which makes it vanished (this is the subject of a comedy : Pretty Bird).

The Bell Rocket Belt must not be confused with other jet pack.

This page lists all films that feature a variation of these Bell Rocket Belt.