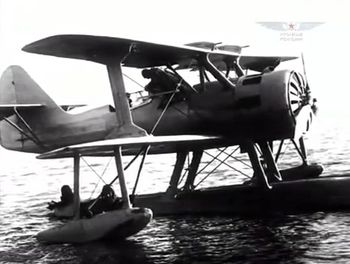 Beriev Be-2 seen in Wings of Russia.

The Beriev Be-2 (originally designated KOR-1) was a two-seat reconnaissance seaplane built for the Soviet Navy shortly before World War II. It was designed to replace the Navy's obsolete license-produced Heinkel He 55 aircraft operating from warships and shore bases.

This page contains all films, TV series, and video games that feature the Beriev Be-2.

Pages in category "Beriev Be-2"