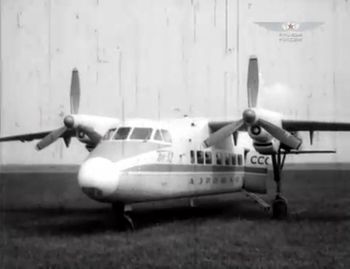 The Beriev Be-30 is a Russian regional airliner and utility transport aircraft with a high wing and two radial powerplant. An improved variant with turboprop was tested between 1972 and 1974 but both design had a limited production. In 1993, a Beriev 32 was upgraded with Pratt & Whitney turboprop as Beriev Be-32K but failed to attract Western operators.

This page lists all films that feature a variation of the Beriev Be-30 and Be-32.