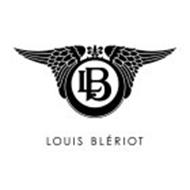 Blériot Aéronautique was a French aircraft manufacturer founded by Louis Blériot. It also made a few motorcycles between 1921 and 1922 and cyclecars during the 1920s.

This page shows a list of Blériot aircraft that have featured in films referenced on The Internet Movie Plane Database.

This category has the following 3 subcategories, out of 3 total.