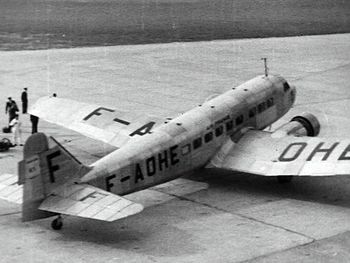 The Bloch MB.220 was a French all-metal low-wing cantilever monoplane derivated (in 1935) from the Bloch 210 medium bomber. It was powered by two Gnome-Rhône radial engines and had a retractable landing gear. Normal crew was four, with room for 16 passengers, with eight seats each side of a central aisle. Five examples survived the war and were modified as the M.B.221 with Wright Cyclone R-1820-97 engines, the last one being withdrawn from service in 1950.

This page lists all films that feature a variation of the Bloch MB.220.