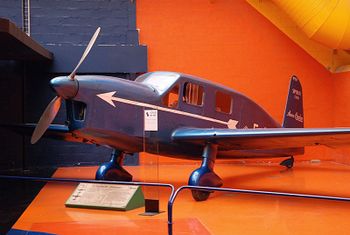 The Caudron Simoun was a French four-seat touring monoplane of the thirties. First think as a mail plane, it flew record-setting long-range flights, and was also used as a liaison aircraft by the Armée de l'Air during World War II.

This page lists all films that feature a variation of the Caudron Simoun.