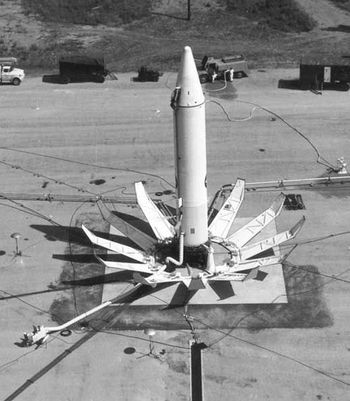 The Chrysler PGM-19 Jupiter was a medium-range ballistic missile which with some modification became the Juno II, a space launch vehicle. This four-stage rocket was used for 10 satellite launches, six of which failed. The military missile failed twelve times among forty-six launches between March 1957 and January 1963.

This page lists all films that feature a variation of the Chrysler PGM-19 Jupiter.