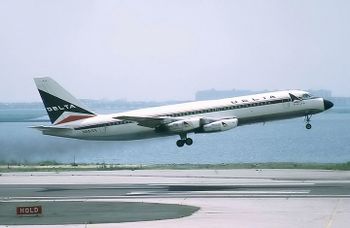 A streched version, the 990 Coronado was launched to satisfy American Airlines' request, but only 37 aircraft of this version were built, and overall only 102 aircraft 880/990 have been produced.

This page lists all films that feature a variation of Convair 880/990.

The following 85 pages are in this category, out of 85 total.