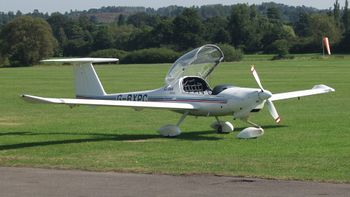 The Diamond DV20/DA20 Katana is an Austrian-designed two-seat tricycle gear general aviation light aircraft, the type was later built in Canada as the DA20 for the North American market. It was based on the Super Dimona and was produced in Austria by HOAC (later changed its name to Diamond Aircraft). The Katana first flew in 1991 and gained certification in 1993. The Katana was first shown in public at the 1993 Paris Air Show.

This page lists all films that feature a variation of the Diamond DV20/DA20.