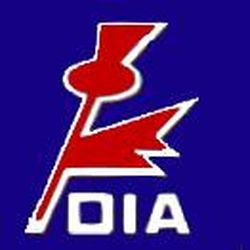 Donaldson International Airways a trading name of Donaldson Line (Air Services) Ltd was formed in 1968 to provide inclusive tour and charter flights for Mercury Air Holidays of Glasgow. The airline took delivery of Bristol Britannias and commenced flights from its bases at London Gatwick Airport and Glasgow Airport. Donaldson International Airways started charter flights across the North Atlantic with the delivery of two Boeing 707s aircraft in 1971. Another two Boeing 707s were obtained in 1972, and the Bristol Britannias aircraft were sold. Refusals by the American authorities towards British charter companies led to the sale of two Boeing 707s and the first problems within the company. Donaldson felt compelled to work more closely with other, foreign airlines, but this idea was unsuccessful. The company had to cease flight operations on August 1974 and file for bankruptcy.