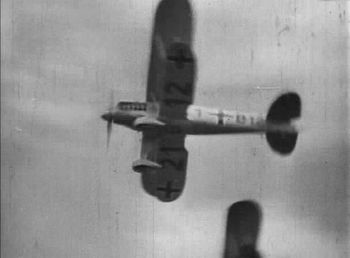 The Heinkel He 51 was a German single-seat biplane which was produced in a number of different versions. It was initially developed as a fighter, and a seaplane variant and a ground-attack version were also developed. It was a development of the earlier He 49. About 700 aircraft built.

This page lists all films that feature the Heinkel He 51.

Pages in category "Heinkel He 51"