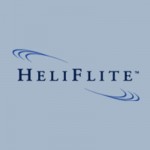 HeliFlite Shares was founded in 1998 to introduce affordable helicopter ownership to business and leisure travelers. It was the first helicopter fractional ownership company. Initially the fleet consisted of one new twin engine executive class Bell helicopter and has since expanded to a total of eight executive helicopters including Bell, Sikorsky and Agusta. In early 2004, HeliFlite expanded its offerings to include on demand charter. HeliFlite bases its helicopters at Newark International Airport, a six-minute hop to Manhattan’s three heliports. Their Newark base is centrally located to serve the entire Northeast, from Maryland to Maine.

This page lists all films, TV series, and video games that feature aircraft of HeliFlite Shares.