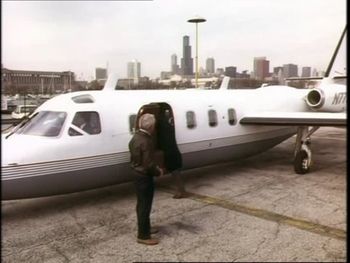 The IAI Westwind is a series of twin-engined, mid-wing business jet, originally manufactured by Aero Commander. It was acquired by North American Rockwell before being sold to IAI. It has been produced in two major variants under each brand of Jet Commander and Westwind.

This page lists all films that feature a variation of the IAI Westwind.