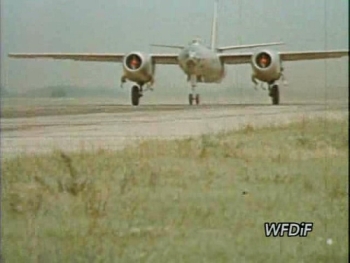 The Ilyushin Il-28 was a twin jet-powered tactical bomber designed from late 1947. With his upper straight wing but a swept tailplane, a three crew member, it soon became the standard tactical bomber in the Soviet forces and was widely exported. License built variants built by Avia in Czechoslovakia and several hundreds in China under the Harbin H-5 name. Several hundreds were still in use in 1990, fifty years after the type entered service.

This page lists all films that feature a variation of the Ilyushin Il-28 / Harbin H-5.