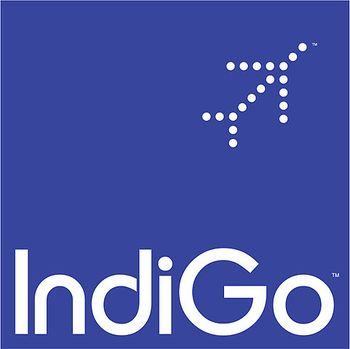 IndiGo is a low-cost airline headquartered at Gurgaon, India. It is the largest airline in India in terms of passengers carried with a 36.8% market share as of February 2016. The airline operates 679 daily flights to 40 destinations and is the second largest low-cost carrier in Asia. It has its primary hub at Indira Gandhi International Airport, Delhi.

The airline was founded as a private company by Rahul Bhatia of InterGlobe Enterprises and Rakesh Gangwal, a United States-based NRI in 2006. It took delivery of its first aircraft in July 2006 and commenced operations a month later in August 2006. The airline became the largest Indian carrier in terms of passenger market share in 2012. The company went public in November 2015. The airline operates a single aircraft type, the Airbus A320, with an all economy configuration.

This page contains all films, TV series, and video games that feature aircraft of IndiGo.