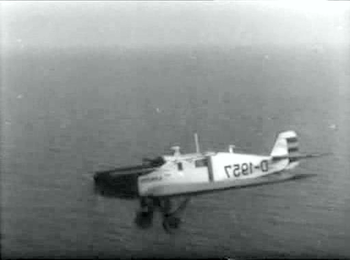 The Junkers W 33 was a transport development of the four-seat airliner Junkers F 13. It was aerodynamically and structurally advanced for its time (1920s), a clean, low-wing all metal cantilever (without external bracing) monoplane. The first flight of the W 33 occured on 17 June 1926 and the aircraft was able to carry 140 kg of payload more than its predecessor. Among a long carreer, we can underligne the first East-West non-stop heavier-than-air crossing of the North Atlantic, a fact called to mind by Gloria (1931 - Germany).
Please note that the W 34, a close variant (and its K 43 military versions) are linked to this category.