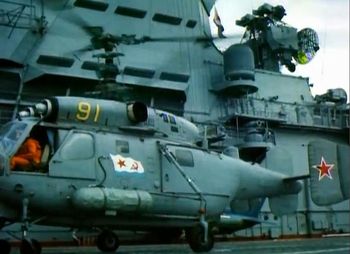 The Kamov Ka-25 (NATO reporting name 'Hormone') was a naval helicopter, developed for the Soviet Navy in the USSR from 1958. Anti-submarine / Multi-purpose shipboard helicopter , it was operated by several countries of the Eastern block and also in civilian role as flying crane by Aeroflot.

This page lists all films that feature the Kamov Ka-25.