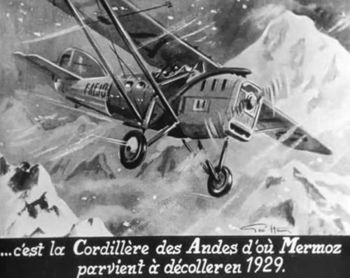 The Latécoère 25 was a French passenger airliner of which the first flight occured on February 1926. Based on the Latécoère 17 (a parasol wing monoplane of conventional configuration with an enclosed cabin) and able to carry five passengers, this airplane was mainly used as a mailplane following the economic change of its main user : Aéropostale. Of the five dozens built, it remains only one survivor in South America.

Please, note that the Latécoère 17 (from which the Latécoère 25 is derivated) was often acted in fact by a highly modified Noorduyn Norseman (F-AZBD).

This page contains all films, TV series, and video games that feature the Latécoère 25.