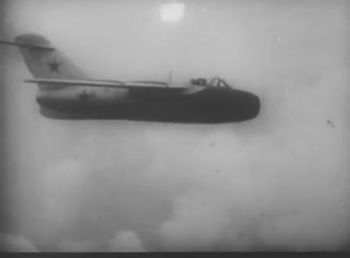 The Lavochkin La-15 was a soviet fighter which had a barrel-like fuselage, shoulder-mounted swept wings with stabilizers mounted high on the fin, almost like a T-tail. It failed to be selected from its counterpart, the Mig 15, because it was a complex design that required complicated and expensive production tooling. The short serie served with the VVS until 1953.

This page lists all films that feature a variation of the Lavochkin La-15.