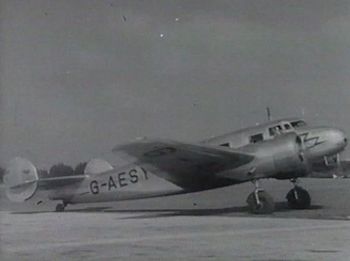 The Lockheed Model 10 Electra was a twin-engine, all-metal monoplane airliner developed by the Lockheed Aircraft Corporation in the 1930s to compete with the Boeing 247 and Douglas DC-2. The aircraft gained considerable fame as it was flown by Amelia Earhart on her ill-fated around-the-world expedition in 1937. The Electra was produced in several variants, for both civilian and military customers. Lockheed built a total of 149 Electras.

This page lists all films that feature a variation of the Lockheed Model 10 Electra.