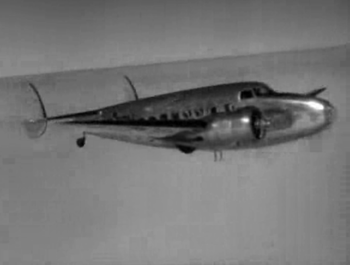 The Lockheed Model 14 Super Electra, more commonly known as the Lockheed 14, was a civil passenger and cargo aircraft built by the Lockheed Aircraft Corporation during the late 1930s. An outgrowth of the earlier Model 10 Electra, the Model 14 was also developed into larger, more capable civil and military versions. It was operated by many airlines throughout the world and a few air forces.

This page lists all films that feature a variation of the Lockheed Model 14 Super Electra.