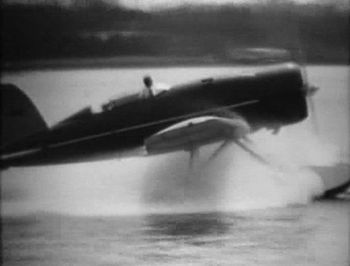 The Lockheed Model 8 Sirius was single engine, propeller-driven monoplane designed and built by Jack Northrop and Gerard Vultee while they were engineers at Lockheed in 1929, at the request of Charles Lindbergh. Two versions of the same basic design were built for the United States Air Force, one made largely of wood with a fixed landing gear, and one with a metal skin and retractable landing gear, designated Y1C-25 and Y1C-23, respectively. Its basic role was intended to be utility transport. Fifteen Sirius' were constructed in 1929 and 1930.
The Altair has a retractable landing gear and eleven of them were built, some from Sirius airframes modified on the assembly line.

This page lists all films that feature a variation of the Lockheed Model 8 Sirius.