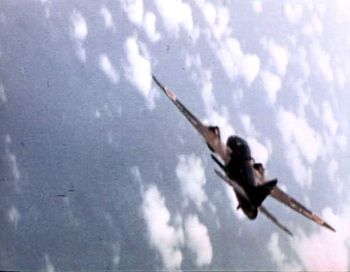 The Mitsubishi G4M was the main twin-engine, land-based bomber used by the Imperial Japanese Navy Air Service in World War II. The Allies gave the G4M the reporting name of Betty. The G4M had a one-way range of abour 3,700 miles that was achieved by its structural lightness and an almost total disregard for protection for its crew with armor plating and self-sealing aviation fuel tanks. These omissions proved to be its weakness when opposition from American fighter aircraft increased during the second half of the War in the Pacific of World War II. Total production of all versions: 2,435 examples.

This page lists all films that feature a variation of the Mitsubishi G4M.