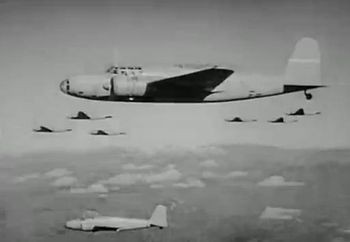 The Mitsubishi Ki-21 was a bomber built following a request of air force of the japanese army. The prototype first flew on 18th december 1936 and five main version were developped all along the war. From march 1938 to september 1944, 2 064 Sally -as the allies named her- were built.

This page lists all films that feature a variation of the Mitsubishi Ki-21.