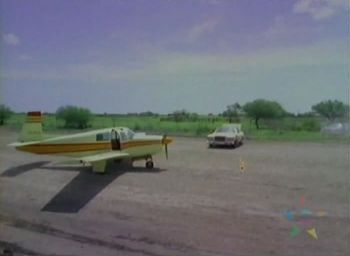 The Mooney M20 is a family of piston-powered, propeller-driven general aviation aircraft, all featuring a low-wing and tricycle gear. The M20 series was produced in many variations over the last 50 years, from the wooden wing M20 and M20A models of the 1950s,to the M20TN Acclaim that debuted in the 21st century.

This page lists all films that feature a variation of the Mooney M20.