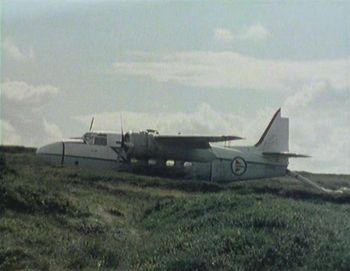 The Percival Pembroke was a British high-wing twin-engined light transport aircraft built by the Percival Aircraft Company, later Hunting Percival. It was a development of the Percival Prince civil transport. It had a longer wing to permit a higher fully laden weight. The prototype flew on 21 November 1952. Production was complete in early 1958. 128 aircraft were built.

This page lists all films that feature the Percival P.66 Pembroke C.1.