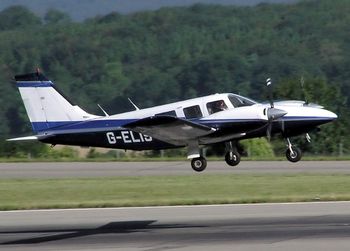 The Piper PA-34 Seneca is a twin engined, five or six passenger, light aircraft produced by Piper. The Seneca was first developed in 1971 as a twin engined development of the Cherokee Six and remains in production to this day. The PA-34 is primarily used for personal and business flying and is common with small charter firms. It has also been used by some military operators including the Brazilian Air Force. The Seneca was also built under license by Embraer of Brazil as the EMB-810 Seneca.

This page lists all films that feature a variation of the Piper PA-34 Seneca.