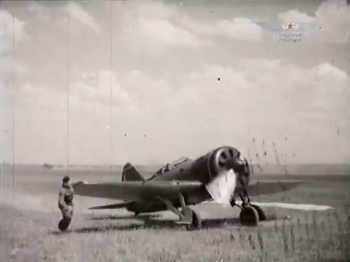 Polikarpov I-16 Type 5 seen in Wings of Russia.

The Polikarpov I-16 was the world's first low-wing cantilever monoplane fighter with retractable landing gear to have attained operational status. From Spain to Operation Barbarossa, it was a long adversary of the Messerschmitt 109 but fought too the japanese fighters and bombers in China during 1939.

This page lists all films that feature a variation of the Polikarpov I-16.

Pages in category "Polikarpov I-16"