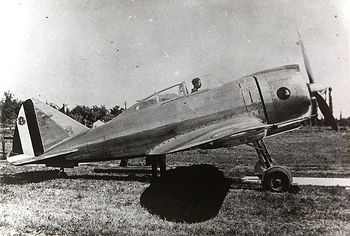 The Reggiane Re 2000 Falco I was an Italian all metal, low-wing monoplane developed and manufactured by aircraft company Reggiane. The type was used extensively by the Regia Aeronautica (Italian Air Force) and the Swedish Air Force during the first part of the Second World War.

This page contains all films, TV series, and video games that feature the Reggiane Re.2000.