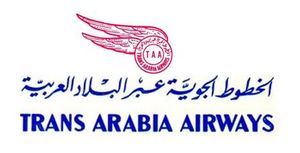 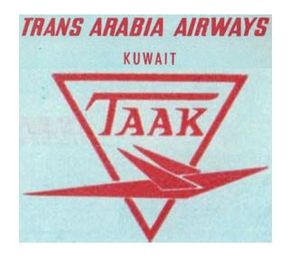 Trans Arabia Airways was a Kuwaiti airline that started operations in September 1959 serving the Beirut–Kuwait route with a Douglas DC-4 that previously belonged to ANA-Australian National Airways. Shortly after those flights began, a second DC-4 was chartered from Starways to boost capacity in the route. In March 1960, the airline placed a provisional order for two Argosy aircraft; however, this order never materialised, and the airline ordered three Douglas DC-6Bs instead.
By April 1964, the Trans Arabia Airways served a route network that comprised seven destinations in the Middle East, including Bahrain, Beirut, Cairo, Damascus, Doha, Jeddah, Jerusalem, and three in Europe, including Frankfurt, London and Rome; that month, the airline was absorbed by Kuwait Airways.