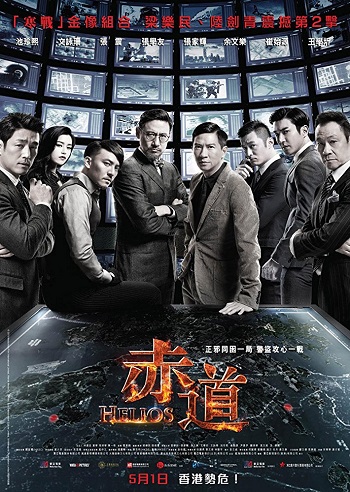 A portable nuclear device, DC8, has been stolen from South Korea by a ruthless criminal and his accomplice. As the weapon will change hands in Hong Kong, Lee from the territory's Counter Terrorism Response Unit sets up a task force, which includes police officer Fan, to deal with the crisis. He enlists physics professor Siu as an adviser and has to work with South Korean weapon experts Choi and Pok. Despite their efforts, the elusive criminal mastermind, Helios, is always a step ahead of Lee.

CGI of the crash site of an airliner.