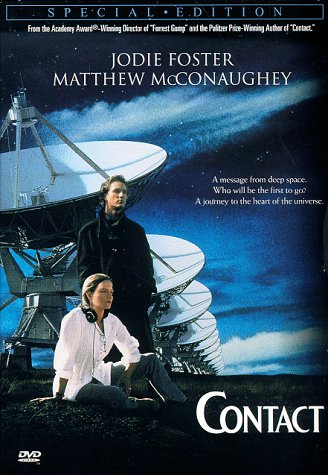 Eleanor Arroway first became interested in making long distance contacts using an amateur radio when she was very young. Her curiosity continued to grow as she got older and she later became a scientist.

Dr. Arroway traveles to Puerto Rico to work on a project called the Search for Extra-Terrestrial Intelligence (SETI) program using the Arecibo Observatory. After years of listening, she finds a strong signal repeating a sequence of prime numbers from the star Vega.

With the help of several nations, the U.S. began constructing a transport using detailed instructions that were discovered in the signals coming from Vega. This caused a lot of controversy which ended with the destruction of the machine and killed many people. However, S.R. Hadden, a billionaire industrialist who lives on his own airliner, was secretly building an identical replacement in Japan. 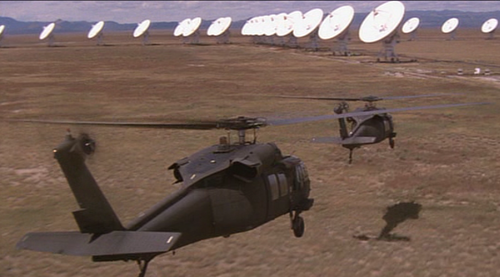 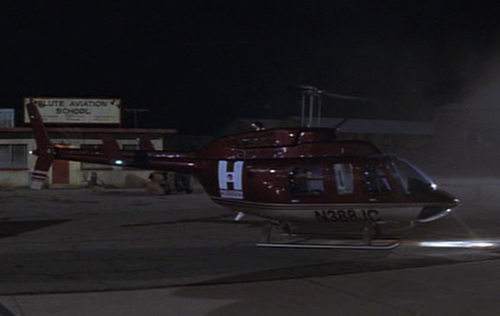 A CGI modified version of the Harrier, most noticeably the wingtips.

Dr. Arroway being flown to the second transport.

Flying to the carrier during the rain storm. 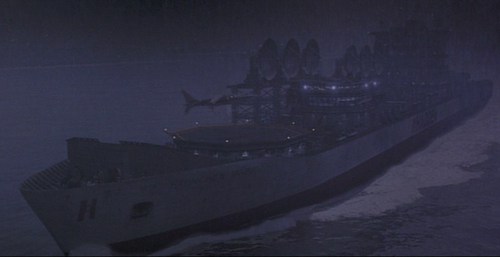 Landing vertically on the plane carrier boat during the rain storm.