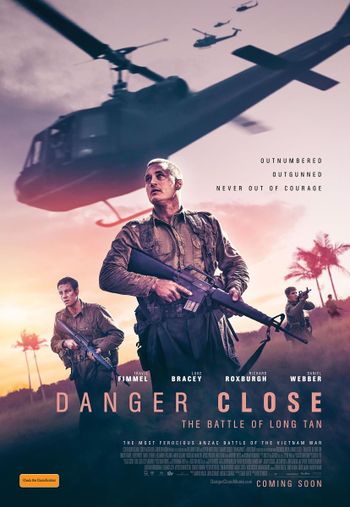 Vietnam, 18 August 1966. The Battle of Long Tan which was a victory according both sides : Viet Cong and People's Army of Vietnam units versus the 1st Australian Task Force.

Resupply mission under the monsoon rain...

Seen during the credits on an archive footage, a MEDEVAC Iroquois.

At 17:00, three US F-4 Phantoms arrived on station for an airstrike.

More guessed than really, a Bell OH-13 Sioux seen in the distance.