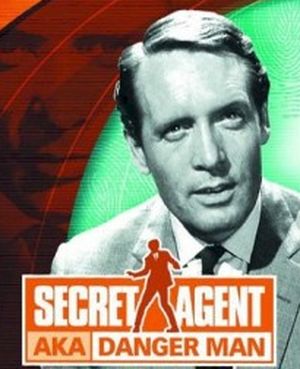 Three years after the original "Danger Man" series concluded, it was revamped and continued in a longer format. John Drake is now a Special Security Agent for MI9, getting his exotic assignments exclusively from Her Majesty's Secret Service. This version of the series introduced far more Bond-like gadgets, from exploding tie-pins to tape-recording shavers, and emphasized fast action. 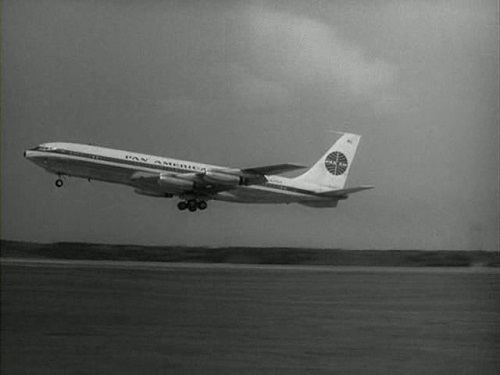 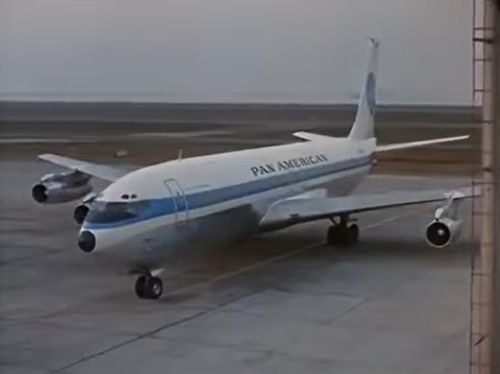 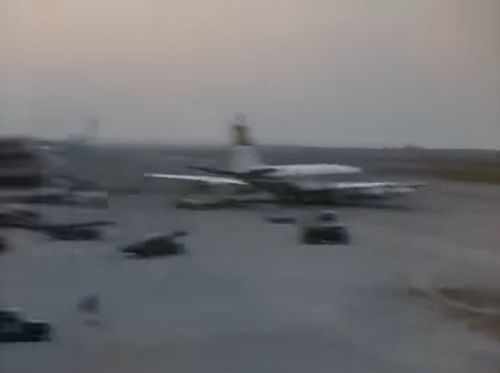 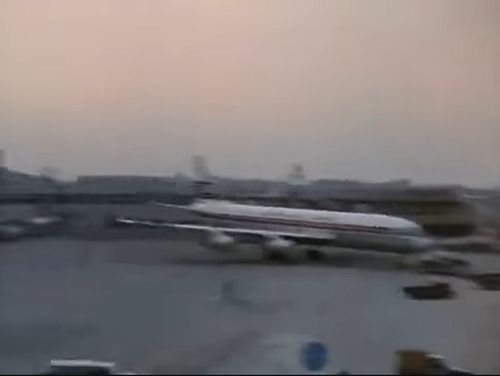 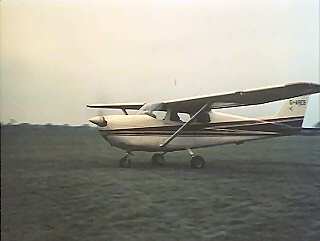 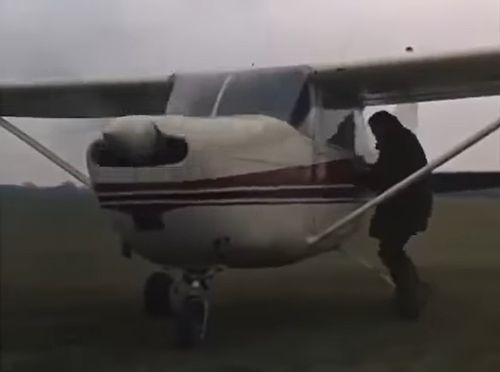 Made for Movie Aircraft

The high wing Cessna is now an unidentified low wing aircraft. Probably a set made for movie which started to dismantle at the very beginning of the crash. 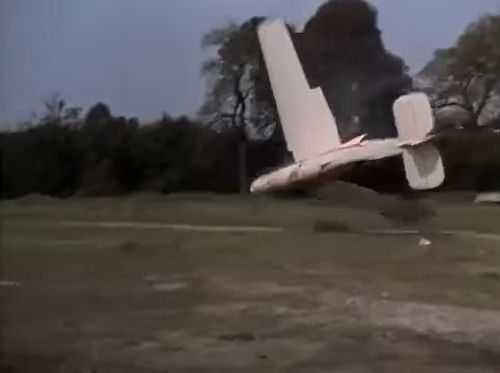 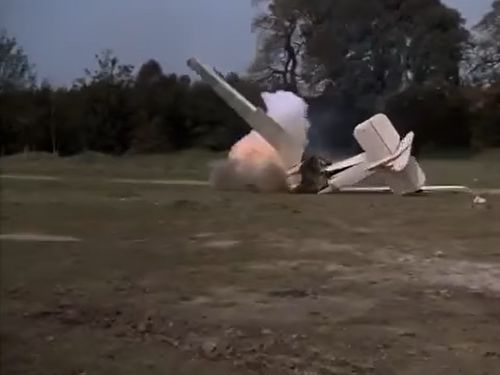 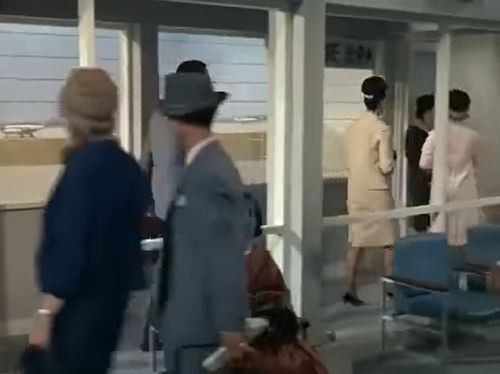