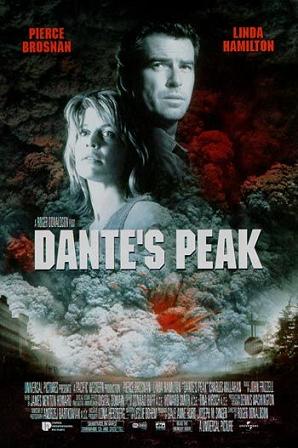 A once-dormant volcano in the American town of Dante's Peak suddenly becomes active again, threatening to destroy the town and kill everyone in it. Vulcanologist Harry Dalton must find a means of stopping it.

Helicopter rented by the survey team and used for flyovers of the crater and subsequently a rescue mission. During the initial eruption, several panicking townspeople attempt to leave in it, only for ash to clog the intakes, causing the copter to stall out and crash into a gas station. Registration N540GH (now N474RR), Serial 6426.