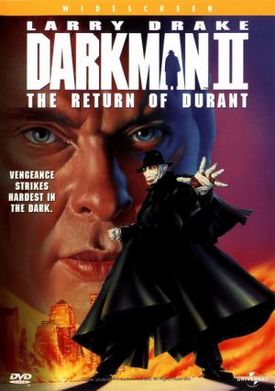 Peyton Westlake, a.k.a. the faceless vigilante Darkman, continues both his crusade against crime and his experiments to make his synthetic "liquid skin" last longer than ninety-nine minutes. Meanwhile, Robert G. Durant, thought killed in a helicopter crash, awakes from a coma and comes after his old enemy Darkman for revenge. 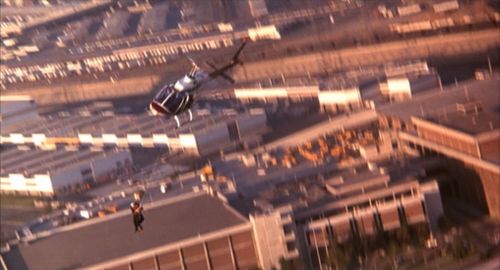 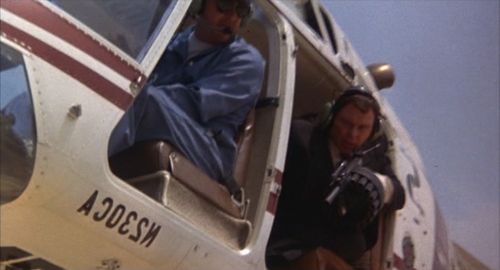 This shot of the helicopter is flipped (both here and in the original movie).