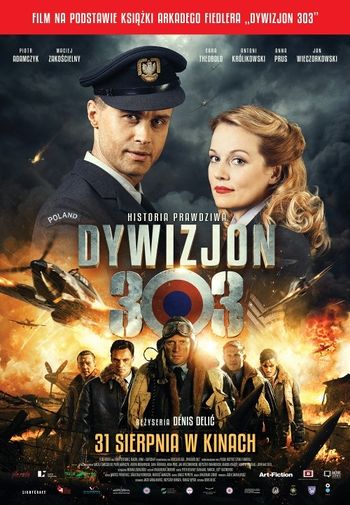 Disambiguation : two Polish movies on the same thema were issued at the same date; the other one is Hurricane (2018).

Reg. SP-WDL DWL RWD-13 (replica).
Designed by Doświadczalne Warsztaty Lotnicze (DWL), nearly one hundred RWD-13 were built during the second half of the 1930's.
SP-WDL was famous for her advertising career, being bought by Jan Wedel a famous candy manufacturer. The aircraft carried chocolates before each cruise of Polish transatlantic liners M/S "Batory" and "Piłsudski" or dropped some ones over beaches. Near the registration was an advertisement depicting a chocolate man (here erased leaving just the grey rectangle).

(page based on trailer; to be completed ?)