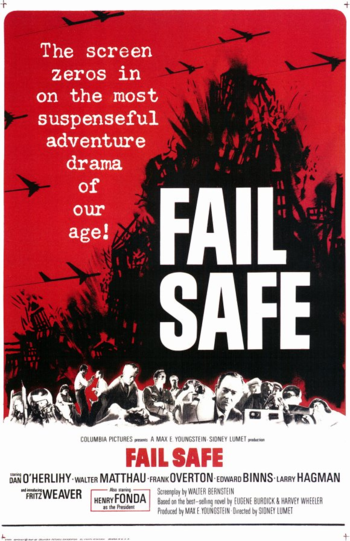 An accidental thermonuclear first-strike attack by a group of United States Vindicator bombers is launched. A commercial aircraft with radio failure is mistaken for a UFO and the alert turned red. When the airplane is identified, another error occured ... 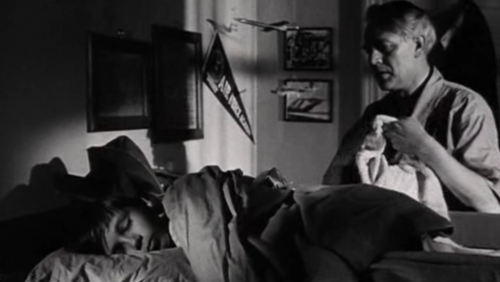 At left, probably a Convair C-131 Samaritan. At right two unidentified tails, one printed by registration N785CP (or N765CP ?). 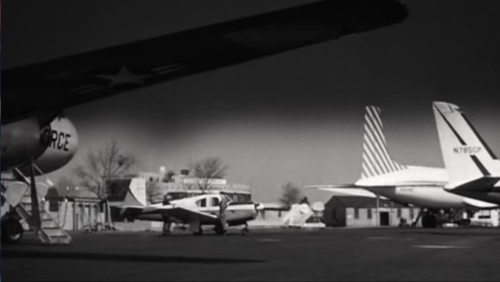 Named Vindicator bombers by the headquaters. 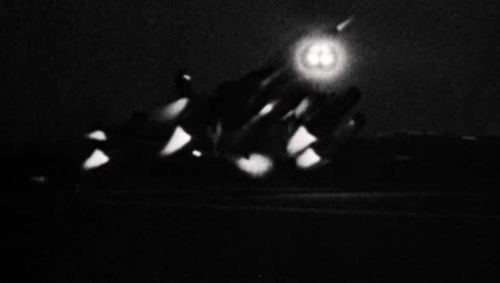 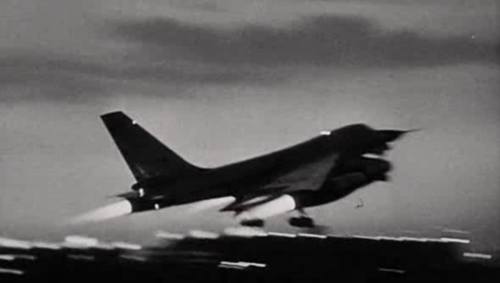 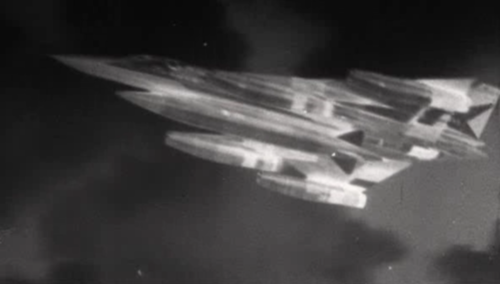 Then a craft in the colors of the USAF. 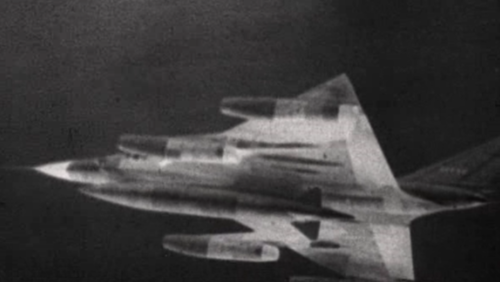 Shown as a negative picture. 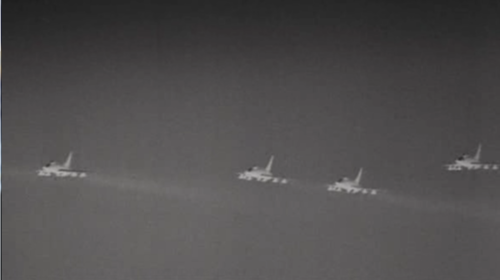 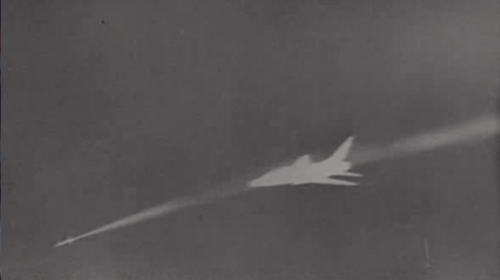 The crew of a Convair B-58 was seated in tandem in three different cockpits. But the movie show them in a single one like in a Stratofortress. 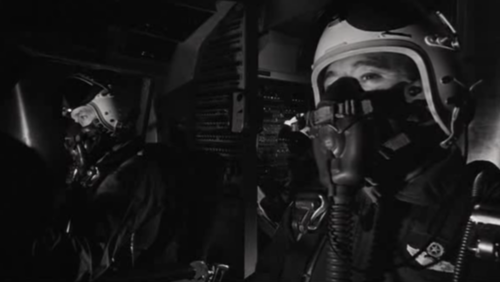 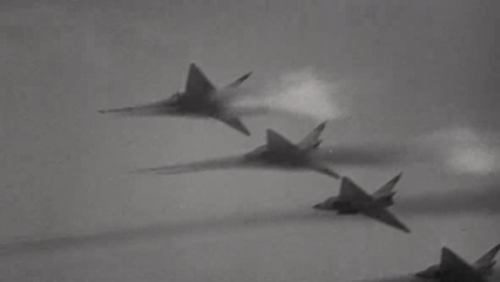 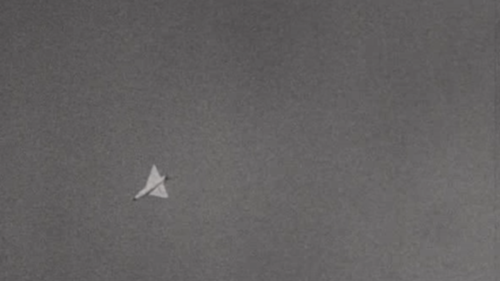 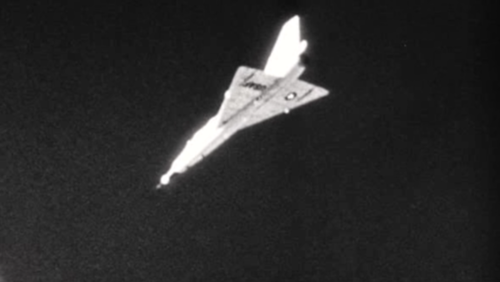 Another aircraft display through a negative process. 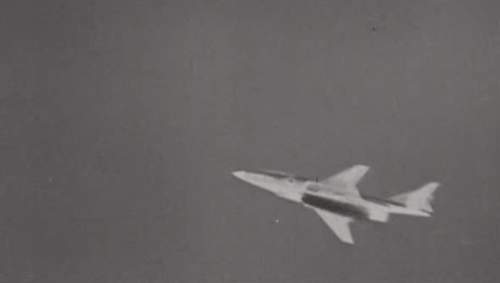 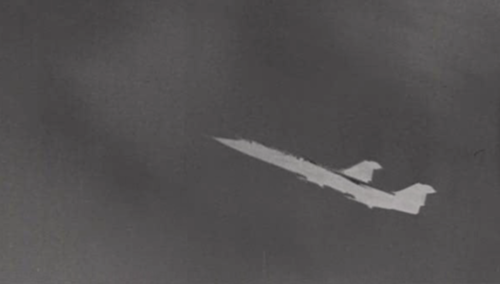 Perhaps Sparrow I's during tests on a Douglas F3D Skyknight in the early 1950s ?
Another use of test firing footage seen (inverted) in The Lost Missile ? 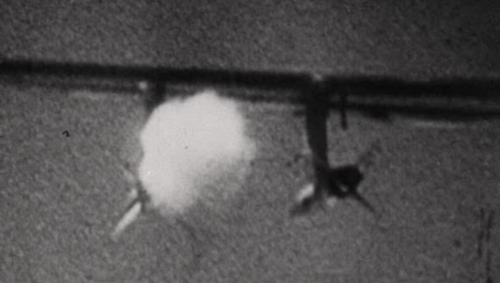 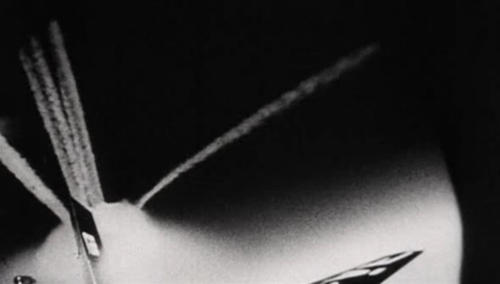 Designation from 1962 of the F9F-8. Negative and inverted shot. 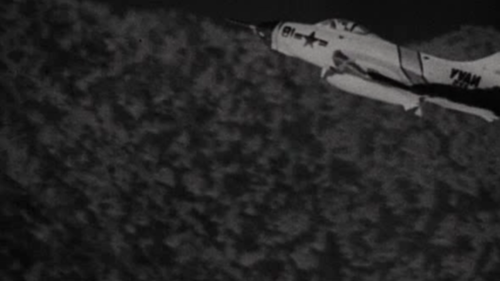