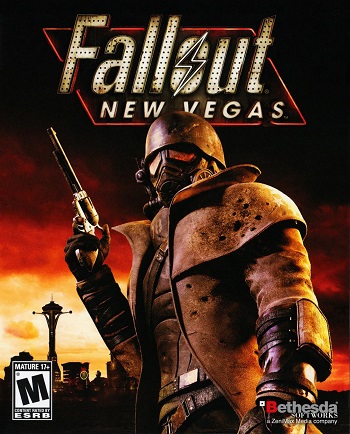 After surviving a bullet to the head, Courier Six traverses the post-apocalyptic Mojave desert in search of the men who wronged him, while making an impact on thousands in the process. 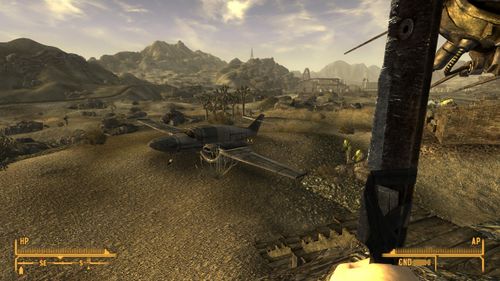 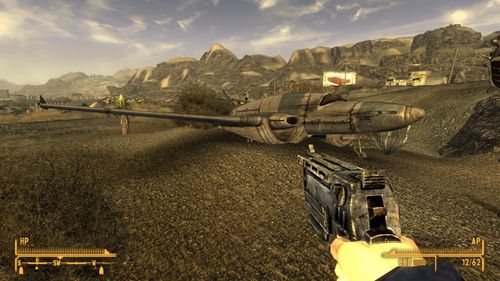 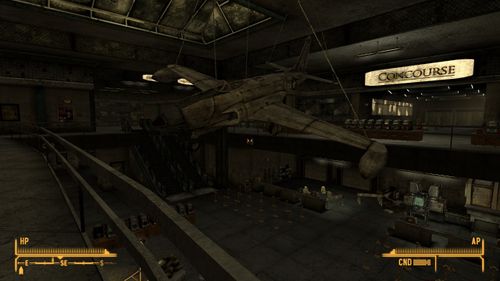 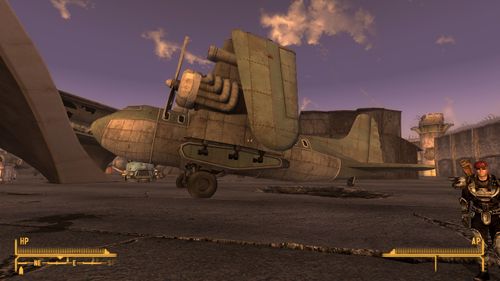 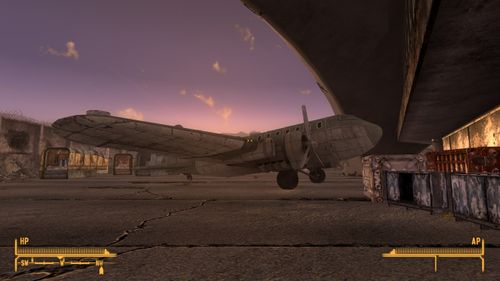 One dismantled airframe is found at Nellis Air Force Base, another intact version is found at the bottom of Lake Mead, a reference to the 1948 Lake Mead Boeing B-29 crash. 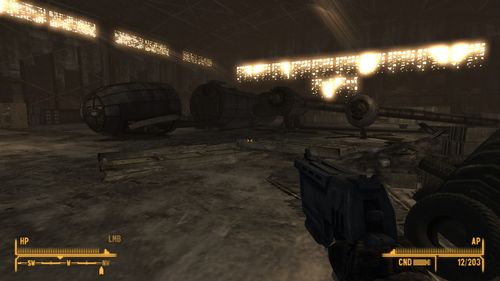 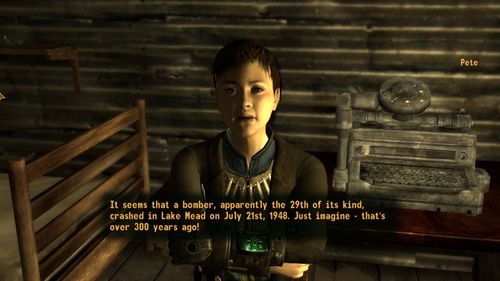 Correct date for the real-life incident! 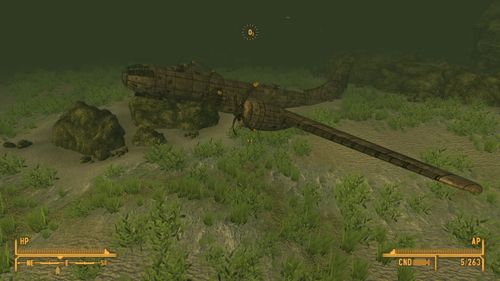